Crossbows are often one of the best choices for hunting, especially when rifles are not permitted in most jurisdictions until stated otherwise.

Whether it’s deer, elk, or any other big game, you want something that will get the job done.

You will find countless Bear Kronicle crossbow reviews online, but for a crossbow that could 100% be your next go-to hunting weapon, the Escalade Sports Bear X Kronicle is worth looking at.

This is a ready-to-hunt crossbow that can deliver some consistent results for as long as you use it. 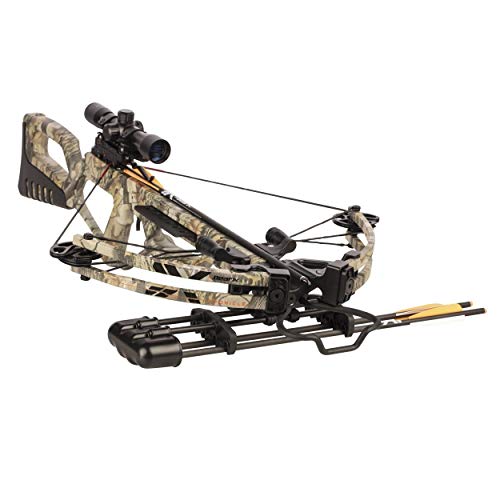 The Kronicle is manufactured by the brand Bear X for those hunting moments that can get really intense.

What you’ll notice right off the bat is that it’s designed in a more unique way compared to other crossbows on the market.

It’s unclear when the Bear Kronicle crossbow was made, but further research shows that most crossbow hunters have mentioned it as early as 2017.

While the bow appears to be fairly new on the market, it has the potential to impress even the most seasoned of hunting veterans.

As for whether or not it had any upgrades or changes since it’s release, that’s also another thing that remains uncertain.

Who Is This Product For?

The Escalade Sports Bear X Kronicle is for a crossbow hunter who enjoys hunting big game, like deer or elk.

These are hunters who are up for more of a challenge when they are not able to use their rifles (due to rules, regulations, or even personal preferences).

If you are looking for speed and accuracy, there is no doubt that this crossbow could be right up your alley. At 370 fps, this delivers speed that is considered top of the line.

It’s the kind of crossbow that is worth every penny, especially if you are looking for something that isn’t too high in price (but nothing too cheap either).

The truth is not every crossbow comes cheap. In the end, it all comes down to finding the best that you can afford in terms of quality and performance.

If you’re on a budget, this crossbow will definitely pop up on your radar.

If you are a beginner who wants to give crossbow hunting a try, you might find this one in particular quite fun to use. Since it’s a ready-to-hunt bow, it’s easy to set up and fire.

Those who are seasoned vets at crossbow hunting can try this out if they are looking for something that is consistently fast.

At the end of the day, you will find that it’s the kind of crossbow for someone who is looking for excellent features but for a steal of a price.

Included in the Escalade Sports Bear X Kronicle is a nice package of features that might make this an appealing crossbow to snag off the shelf.

Some of these accessories are common in most Bear X crossbows, such as the cocking rope, rail lube, and string wax.

These are very essential items and have been included with the crossbow for this reason.

Plus, it saves you a lot of time and money rather than tracking those accessories down and having to spend extra cash on them.

For more information on what’s included (along with the specific specs), you may check out this video.

While the crossbow is already unboxed, you’ll see everything included laid out, so you know what you’re going to get.

Overview of the Features

The Bear X Kronicle crossbow includes the following features that will legitimately make this as one of the top contenders on the market.

For one, it shoots at 370 feet per second. If there was a standard for crossbows, this one is pretty aggressive, to say the least.

This crossbow can definitely do damage anywhere between 30 and 75 yards. At that distance, you will certainly nail your targets with a good amount of speed and accuracy.

What you can be sure of is that this crossbow intends to make every single one of your shots count.

To take a closer look at the scope, it’s an illuminated scope that will let you see what’s in front of you even in low light conditions.

The package includes three carbon bolts, which will come in handy in the event that you lose one, which is always a common problem for crossbow users.

String wax and rail lube are all that you need to ensure that your crossbow is well-maintained even if you don’t use it for a lengthy period, such as during the off-season.

How to Use the Escalade Sports Bear X Kronicle Crossbow

Before buying the Escalade Sports Bear X Kronicle, it would be for the best if you see it an action first.

Check out this YouTube video that will show you how to use a crossbow. What you’ll notice is that it looks easy to use.

To get a deeper look at the Bear X Kronicle in action, you can start by checking out this video here.

This also doubles as a review video, so it should also help you determine whether or not this crossbow is a good fit for you.

If you're still undecided, we're confident that you will find no shortage of reliable Bear Kronicle crossbow reviews online.

Similar to what many Bear Kronicle crossbow reviews say, you will realize that the only major downside to this crossbow is the scope.

While there is no crossbow alternative that we suggest, there is a scope that you should consider using to replace the factory scope included with this model.

Believe it or not, it’s a scope made from the same brand. 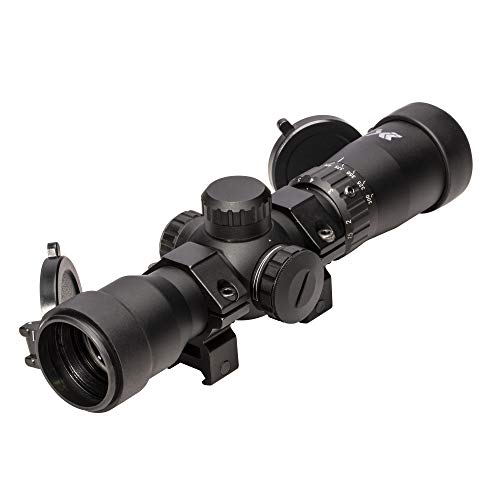 The Bear X Speed Crossbow Scope is compatible with most crossbows that shoot anywhere between 205 and 400 FPS.

It’s solid in construction and can definitely give you a better field of view compared to the scope included on the crossbow itself.

Plus, this scope won’t fog up and will provide more versatility and accuracy.

It’s the kind of scope that is built for high-performing crossbows so that your hit rates get better and better with every use.

As most Bear Kronicle Crossbow reviews will tell you, the Escalade Sports Bear X is a pretty solid crossbow for hunting big game.

You wouldn’t want to underestimate its speed and accuracy in the slightest. If you are tired of missing your shots by a hair, this crossbow can remedy that.

The bow is great for both beginners and seasoned vets alike. After all, it’s a ready-to-hunt bow, so it’s easy to set up, and loading the arrow doesn’t have to be that complicated.

What’s more, it’s a crossbow that can be used by older kids (with supervision) for the purpose of hunting or target practice.

Nonetheless, it’s nice to have whenever you are unable to use your rifle or if you want to try something new for a change.

Overall, there’s no denying that this crossbow can hang with the big boys. If you snag this for yourself, you’ll be in for quite a treat.

Are Crossbows Legal in Kansas?

Are Crossbows Legal in Georgia?

How Fast Does a Crossbow Shoot?

Are Crossbows Good for Home Defense?

How to Restring a Crossbow: A Guide for Recurve Bow Owners

How Much Does a Crossbow Cost? The Ultimate Crossbow Buying Guide